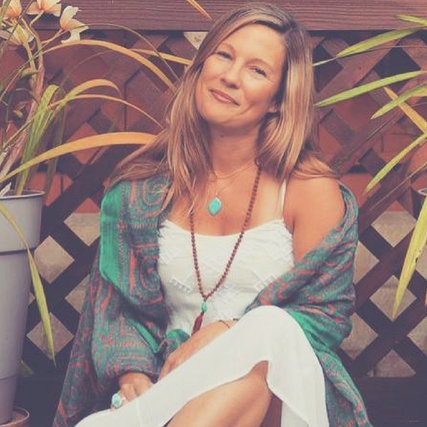 Founder & Digital Marketing Strategist
Traci Wallace, is a New York born Californian and former New Delhi resident who has had the pleasure of working remotely from various locations, beaches and coffeehouses around the globe collaborating with extraordinary people.
​
From 2000-2011 Traci worked some of the top companies in the U.S, India, and Latin America in the areas of marketing, strategic planning, event management, sponsorship management, product commercialization, corporate communications, public relations and international business development, including project management of the successful launch of Callaway Golf into India in 2010.

During her time in India, she produced various high profile events in New Delhi, Bangalore and Mumbai, assisted in the production of The Indian Business Leaders Summit and produced events with BMW and GE Capital. In partnership with American Express Platinum Cards and Audi, she conceptualized and produced India's highly publicized and first ever experiential golf tournament. Her experiences while working in India were featured in the Executive Travel Magazine.

In 2011 upon her return from over a year of working abroad in India, she started Coffeehouse Collective and continued her work as a writer, conscious marketing strategist and producer, specializing in yoga, wellness, and music, producing events with some of the industries most influential musicians, brands and changemakers. ​

In 2014, she helped bring Yoga Rocks the Park, an outdoor family yoga and live music event with a specialized class for children in partnership with Next Generation Yoga to eight new cities across the U.S. including her home city in North County San Diego. A portion of the San Diego event proceeds benefited Kids for Peace and The Sean O'Shea Foundation, an organization which brings yoga, mindfulness and nutrition training to children via their in-school programs.

Traci had the pleasure of serving on the Board of Directors of the Sean O'Shea Foundation and soon after Traci began teaching yoga, mindfulness, and nutrition classes in various school districts throughout North County San Diego.

Traci then joined the innovative Silvr Social Team as a Senior Business Development & Marketing Strategist in Solana Beach California, collectively redefining the digital marketing space. ​Today she continues to work through her company Coffeehouse Collective as a conscious marketing strategist with some of the world's most beloved changemakers along with purposeful brands and causes including Michael Franti & Spearhead, Do It For The Love, Soulshine Bali and Kiss The Ground. ​ 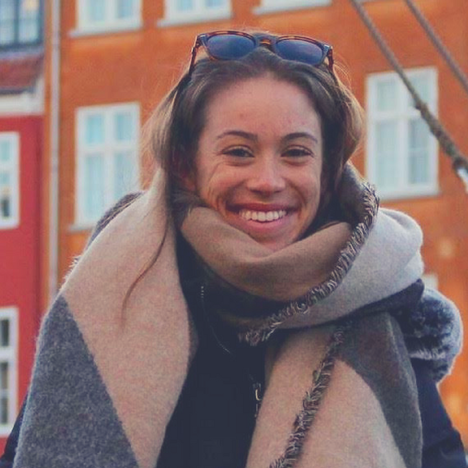 Social Media Coordinator & Copywriter
Emily Marquis is an Encinitas native with a curiosity for the world her dad says was written on her face the day she was born. She spent her childhood running on soccer fields, crafting colorful creations at home, and basking in sun-filled days at her local beaches and Lake Tahoe’s southern coast.

Continuously drawn to the ocean’s magical pull, she pursued her studies of Communication and Spanish Language with an emphasis in health and wellness at the University of California, Santa Barbara, where she earned the honor of Phi Beta Kappa membership upon graduation. In her undergraduate career, she served as a dedicated member of her sorority, Pi Beta Phi (following her late grandmother’s legacy) and paved new paths as Vice President of Event Planning and Chapter President. While not leading her sorority members or studying, she frequented her local Isla Vista Food Co-Op for local produce, and pursued her growing yoga practice with a revolutionizing 40-day challenge at her favorite studio, Power of Your Om, where she also served as their marketing assistant.

Emily has an unrelenting passion to learn and engage with our world’s history and diverse cultures and environments, leading her to embark on a journey to Madrid, Spain to teach English, where she developed a deeper value and respect for human connection and understanding. She is thrilled to intertwine her year of eye-opening, mind-expanding travel with her writing and communication skills to connect and engage individuals and communities through growth, leadership and compassion.
When she is not savoring flavors from a local restaurant with friends or cooking for her family, you’ll find her training for a race, practicing yoga or barre, meditating, reading, or driving to the ocean. She thoroughly enjoys energy balls, smoothie concoctions, anything green, and most of all, surprises.

Social Media Coordinator & Copywriter
Olivia Morrissey is a coast-to-coast ocean child and passionate pursuer of falling in love with new humans and corners of the world. A Rhode Island girl at heart, she has chased her curiosity for learning and writing to South Carolina; Florence, Italy; on a backpacking adventure throughout South America; and to her current home in San Diego, California.
​
With top honors, a bachelor’s degree in public relations and cognate studies in anthropology from the University of South Carolina, Olivia dreams of making a life influencing and encouraging global human connection through written and spoken communication.

She has served as a public relations intern with noteworthy organizations and companies such as Big Brothers Big Sisters and J Public Relations; executed a communications campaign and launch event for a moped startup called Scootaway, Inc., and held a volunteer role as a public relations committee leader for the Women’s March on Washington Rhode Island Chapter.

Her current dream-efforts are blossoming on her passion-project blog, Good & Grateful, with which she aspires to connect humankind with empathy, authentic living and a mindset of gratitude. Her work has been featured on both Elephant Journal and Thought Catalog.
​
You can catch her on any given day singing too loudly in public with a pen, a journal full of scribbled lines and a self-help book. When she’s not writing poetry, she’ll be tapping into the natural world by biking, hiking, surfing, laying in the grass or meditating. And when you can’t find her there? She’ll be on the dance floor.

"Traci is a magician. She came onto the team, waved her magic wand, and produced the most spectacular event. In the middle of the chaos, with people swirling all around, she maintained her poise and joyfulness. We couldn't be more delighted with her work on the Elixir Launch Event with Donna De Lory and Dave Stringer." - LORIN ROCHE, Ph.D., World-renowned Meditation Teacher & Author of the Radiance Sutras, Meditation Made Easy & Meditation Secrets for Women

"Traci is... Driven. Creative. Personable. Efficient. I would love to have her on my team any day!" - JULI RATHE, CEO at Yoga Magazine Productions, Media Expert, TV Host, Yoga Studio/School Founder

"Traci Wallace is a true gem - multi-talented and super invested in helping others achieve their goals." - BRANDI DANIELS

"Traci possesses a singular spirit of adaptability; when confronted with nearly any obstacle, she finds a way to not only survive, but prosper. Her willingness to accept risk for a worthwhile goal is admirable and one found in short supply. The journey truly is part of the goal with Traci; the attitude she brings inspires others." - KEVIN MAHONEY, Callaway Golf

“Traci is one of the hardest working, most dedicated people I know. She possesses an uncanny knack for interacting with people at all levels in an organization. Her ability to help bring clarity and focus to a project is one of her great strengths, and makes her an asset to any company.” – LEE CLAPP, Cobra-Puma Golf  ​

"During Traci's time as a teacher with the organization, she showed great compassion, patience, and kindness to her over 150 3rd grade students. We are very grateful for her contributions to our organization and do look forward to working together again in the future." - GLORIA O'SHEA, President & Founder, Sean O'Shea Foundation

"Traci was exceptionally thorough, innovative, and professional as she grew our company comprehensively during our time working together. I enthusiastically recommend her for any marketing/partnership opportunity if you want to consciously and mindfully evolve your brand." - JENNIFER LUX, Senior Marketing Consultant at SmartBug Media

"It's in the details and there is truly nobody I have worked with that understands the meaning of this better. Her attention to details is not something you can teach...you simply have or don't have it in you. When working with Traci there is a level of comfort and assurance that you can walk away with and not loose countless hours of sleep. I truly miss having her on our team!" JOHNNY RODRIGUEZ, Creative Director, Callaway Golf

"Traci is a talented marketing strategist and problem solver. She offered out-of-the box solutions and planned national campaigns. She understands the trends and characteristics that create successful marketing strategies. She kept detailed and accurate records and delivers on time and on budget. She values consumer and market research and uses the data to produce visible results. She managed the national online reputation and grew the awareness of Open Sky Event Marketing from 12 to 20 locations across the US in less than one year. I recommend Traci to take your marketing plan to the next level." - CASSIE MCCLELLAN, Marketing Professional

"Traci was the heart of the team. She is very thorough and exceeds at everything she does." - PAUL MINZ, Cobra Puma Golf

"Traci was always a true professional and created such an upbeat work environment. She was constantly taking things to the next level and kept her team extremely motivated. It was such a pleasure to work with Traci and I hope our paths continue to cross." - CASSIE GLASGOW, Program Consultant, SpeakersOffice

"Traci exhibited strong leadership and management skills. Her attention to details and consistent follow-up set the tone for a results oriented work environment, while maintaining a positive attitude. It was an absolute pleasure working for Traci. I would highly recommend her as a manager, coach or role model. I wish her nothing but the best!" - JASON HENRY, Rock Spring Residential

"I've worked closely with Traci on a number of projects and to say the least she has been a thorough professional and an absolute delight to work with. Her vast international exposure, coupled with her in-depth knowledge and understanding of corporate business and clients needs is indeed a massive asset. I must add that her detailed and personable trait is a special gift. On behalf of my team, we always have a friend in her and wish her well and look forward to our next opportunity to work together." - SHIVAS NATH, Country Head, Nicklaus Golf Design India

"I had the pleasure of working with Traci and I would recommend her to anyone. She always has a bright smile and handles pressure with the best of them. Always organized, always willing to do whatever it takes to get the job done. Very professional and endured by many as a great leader." - JERAMIE GREEN, Branch Manager at Graybar

"Traci is incredibly responsive and detail oriented. She has a knack for exceeding expectations in every assignment and delivering results clearly, concisely, and often a few days earlier than expected. She is a pleasure to work with." - PAUL ENGLISH
​